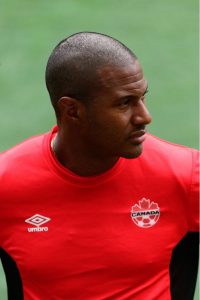 Patrice Bernier is the former captain of the Montreal Impact and is now a trainer at the academy.

He led the team to the CONCACAF Champions League finale and to an Eastern Conference finale against Toronto FC. 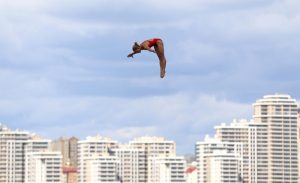 At 10 years old, Lysanne Richard saw high divers for the first time during a show at Village Vacances Valcartier. “I knew right away that I wanted to do that,” she recalls. The athlete from Chicoutimi practised traditional diving instead before studying at the National Circus School in Montréal. She then pursued a career in the circus world, notably working with the Cirque du Soleil (Zarkana) and The 7 Fingers (Amuse). In the meantime, she had three children who often accompanied her on tour with their dad. 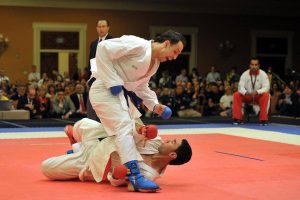 Alexandru Sorin is a karate athlete. He began training in 1993 in his hometown of Bucharest, Romania. He immediately developed a passion for karate. In 1997, he became the national champion of Romania. In 2007, he pursued his dreams in Canada and became the Canadian national champion in 2011 and 2012. It was his self-discipline and persistence that pushed Alexandru to realize his dream of national champion. Alexandru continues to inspire other athletes and teammates as a coach, father, speaker and now a book author. 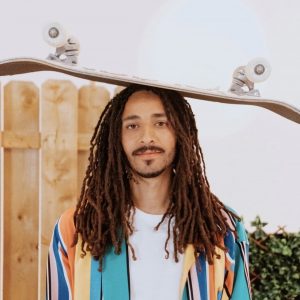 “I care about making a positive impact through skateboarding.”

Born in Montreal, Jessy Jean-Bart discovered his passion for skateboarding at a young age. As a teenager, he honed his craft, eventually gaining international recognition from renowned magazines such as; Thrasher, Sugar Skate and Low Card among others. Currently, Jessy works with over ten sponsors such as Vans, Outlaw skateshop, Baker Boys Distribution and represents them all over the world.

In his spare time, you can find him leading skateboarding demos and seminars, or participating in sport-study clinics at international schools. As part of the collective “Vivace, un mode de vie sans tabac”, funded by the Conseil québécois du tabac et de la santé, he promotes a smoke-free lifestyle at events throughout Quebec and the world.  Living both vegan and sober, Jessy walks it like he talks it. 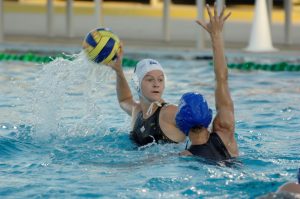 Sandra started playing water polo at the age of 7, a sport she has been playing for over 35 years. During her career, Sandra has won the Canadian championship 21 times with her CAMO team from Montreal. She has been named the best player in the country three times, in addition to being a member of the All-Star Team, which brings together the top seven players in Canada, five times. The best memory of her sporting career is his participation in the 2000 Olympic Games in Sydney in Australia, when the women’s water polo was admitted to the Olympic program for the first time in history !

Achraf Tadili is an Olympic athlete and has held the Quebec record in the 800m since 2003. He was a member of the Canadian team for 10 years (1999 to 2009), including 3 World Championships (Paris – Helsinki – Osaka) and 2 Olympic Games (Athens – Beijing). He was Pan-American Champion in 2003 and vice-champion in the 800m at the Commonwealth Games in Australia in 2006, as well as 3 times Canadian Champion. Achraf is currently coaching at the Vainqueur Plus club, having coached several QC champion athletes. In addition, he is a Jouez Gagnant speaker to inspire the youth of tomorrow. 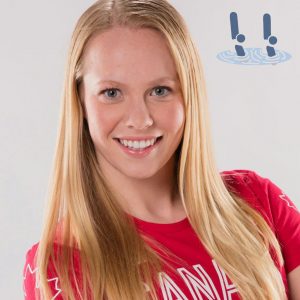 Jacqueline Simoneau participated in the 2016 Rio Olympics in artistic swimming. She also qualified for the Tokyo Olympic Games. She is the first Canadian to win 4 consecutive gold medals for Canada at the Pan American Games! Very resilient, she has won close to 100 medals for Canada on the world stage despite being diagnosed with celiac disease at age 9.

In addition to her studies and training, Simoneau also gives back to the community by working closely with the Make A Wish Foundation, Celiac Quebec and Fast and Female! 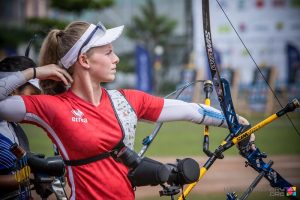 Virginie Chénier started shooting at the age of 11. She came to archery after practicing artistic gymnastics. Virginie made her first National Team in 2008 when she went to the World Junior Championships in the cadet division. In 2013, she made her first Senior National Team.
Today, she is proud to represent Canada at several world events and two Pan American Games. 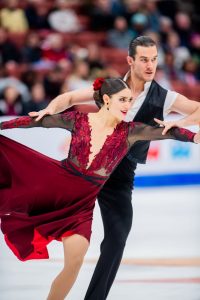 Laurence Fournier Beaudry and Nikolaj Sørensenj have been skating together since 2012 and have represented Denmark internationally, on the Senior Grand Prix circuit as well as at multiple World Championships where they qualified for the 2018 Pyeongchang Olympic Games. Due to citizenship issues, they were unable to participate. For this reason, they chose to skate for Canada in 2018. They proudly represented the country by placing 10th at the last World Championships in Japan, as well as winning two bronze medals at the Cup of China Grand Prix (2019) and the Skate America Grand Prix (2019). They are currently training for the World Championships in Sweden in mid-March 2021 with the goal of competing in the 2022 Olympic Games in Beijing. 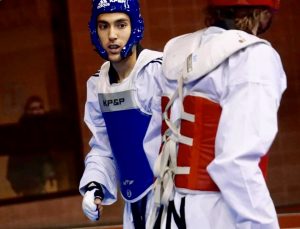 Seddik Megraoui has been practicing Taekwondo since the age of 10. He is an elite level athlete in Olympic Taekwondo since 2013. He has participated on the national and international scene in many tournaments. In 2013, he is a member of the official Canadian delegation and won 17th place at the 2013-2014 World Olympic Taekwondo Championship in Mexico. In addition, he has been on several podiums at national championships between 2015 and 2018 and earned 3rd place at the Commonwealth Championship in 2017.

Seddik is actively involved in the Quebec taekwondo community. Indeed,  he created a martial arts training program for children and teenagers, with other members of his training club at l’Académie d’Arts Martiaux Saint-Léonard, followed by thousands of athletes since 2014. 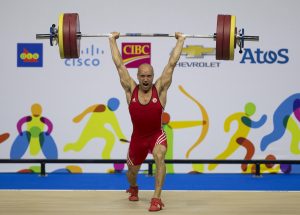 Francis Luna Grenier is from Montreal and has been practicing weightlifting for 15 years. He entered the international scene in 2003 at the age of 16, during the World Junior Championships. In 2006, he started competing at the senior level at the Commonwealth Games in Melbourne, Australia. His consistency in training and dedication to his sport earned him a spot in the 2008 Olympic Games in Beijing, China, where he finished 17th. In addition to being a 10-time defending Canadian champion, he holds several provincial and national records and international medals. Francis trains regularly and is studying for his bachelor’s degree in mechanical engineering.

He seeks to pass on his knowledge by coaching weightlifting enthusiasts and wishes to inspire young people to move forward with their dreams and thus realize a unique path and an exciting life. 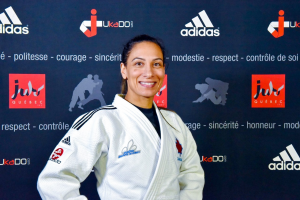 Bianca Ockedahl was born in Montreal and started judo at the age of 13. Her home club is the Shidokan Judo Club in NDG. She has won several medals at the provincial, national and international level. Her best performance was a 2nd place at the World Cup in Samoa and 3rd place at the World Cup in El Salvador. She participated in many international tournaments and before retiring she was ranked 34th in the world. She has been Canadian champion several times. After her career, she became a judo coach in the Yukon and since 2019 until now she is the women’s coach and assistant at Judo Quebec. 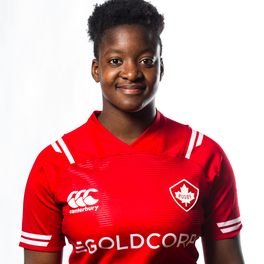 Ngalula Fuamba started playing rugby at the age of 15 with the John Abbott College Islanders. Since then, she has had the opportunity to play for the Town of Mount Royal civilian club (TMRRFC), the University of Montreal Carabins women’s rugby team and the Rugby Quebec senior women’s team. In November 2017 and 2018, she participated in two international tours with the national team in the UK playing against England, Scotland and Wales. In 2019, she participated in the CAN/AM tournament involving the top five teams in the world. Some tours are planned in the coming year, but her next stop is the 2022 World Cup in New Zealand! 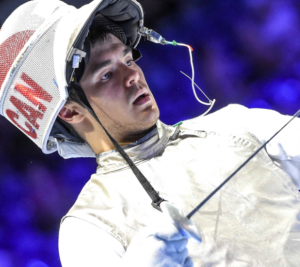 Maximilien Van Haaster has always wanted to be a world class athlete and represent Canada on the international stage. In 2013, he stood on his first individual podium, winning the bronze medal in foil at the Pan American Championships. At the 2015 Pan American Games in Toronto, he finished fifth in both the individual and team foil events. Van Haaster made his Olympic debut in Rio in 2016 and won his first dual. Van Haaster concluded the 2018-2019 season ranked 22nd in the world, greatly influenced by a silver medal at the Pan American Championships and a 16th place finish at the FIE World Championships. 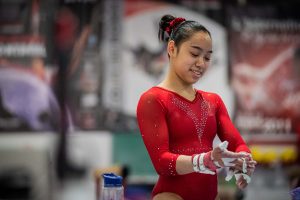 Aurelie, a 15-year-old athlete, is a member of the national team as well as the Canadian junior champion in artistic gymnastics.

So far, Aurélie Tran excels in her sport and accumulates prestigious awards. In 2020, she won 2 bronze medals at international level. In 2021, she won 9 of 10 Canadian gold medals for juniors. Next year, Aurélie will make the jump to the senior ranks and aim for participation in the 2024 Olympic Games. 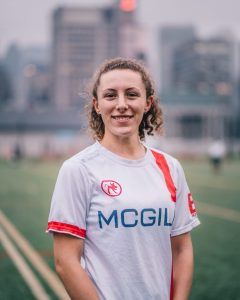 Maude Roy discovered Ultimate Frisbee at the age of 15 during her time in high school.

She then made her competitive debut in mixed teams in Montreal and played in the Canadian junior league with the Montreal women’s team and the Quebec team.

This summer, she is part of the best team in Quebec for her 2nd year and will participate in the World Ultimate Club Championship that will be held this July in Cincinnati, USA.

She also participated in the Canadian university league with the McGill University team.

The spirit of the game is so important to her and makes her sport unique, especially with her self-refereeing. In fact, both teams she played with in 2021 (Team Quebec and McGill University) won the Team Spirit award in their respective Canadian leagues.